NAIADES will enable detection of possible water leaks much faster 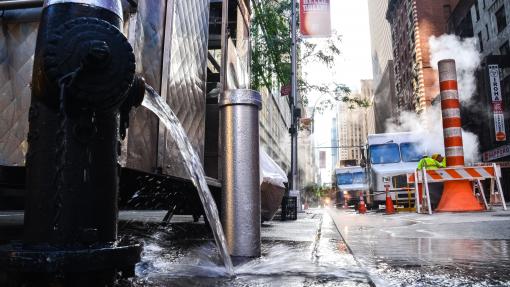 The results of the Naiades project will allow users to not only detect water leakages, but to accelerate their detection thus helping water utilities to react faster to potential problems.

The initial results of the Naiades project will be tested with pilot partner CUP Braila, a regional public water and sanitation operator in Romania. The approach developed by Naiades will allow the user (in our case CUP Braila) the access to advanced analytics enabling better monitoring of the water distribution networks in real-time. This will allow the user to react much faster to anomalies in the water distribution system. As part of NAIADES, temporal, spatial analysis and analysis of states  have been developed to detect anomalies faster.  Let us have a look at how each of the approaches works and how they have been tested in Braila, Romania.

Three Naiades approaches in a nutshell

Accurate leakage detection is performed by scanning a selected area with 4 mobile noise sensors. Once the noise sensors are installed in the field and the search is triggered, the algorithm relocates the sensors until it has collected all the necessary data. As a result, you get an estimate of where the leak might be. We have started spatial testing of (fully automated) algorithms to accurately locate leaks in the water network in Braila.

Right now, all three approaches are being tested! Stay tuned for all the results!