Final catch-up with the Carouge pilot 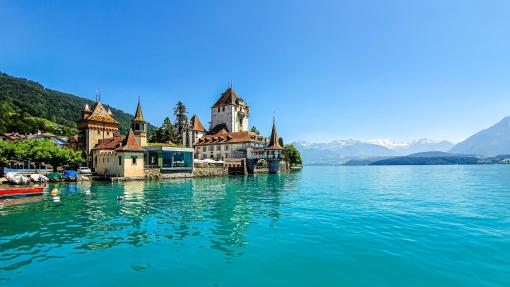 And that’s a wrap! In a final interview, we catch up with Maurizio Rossi, Project manager Smart City of the City of Carouge (Switzerland), we discuss the results of Carouge in the NAIADES project and discuss what’s next for our Swiss pilot!

Question: We've reached the end of the project - where do we stand for the Carouge pilot?

Answer: We are happy that all main components of the system could be deployed and we could move ahead with the validation before the end of the summer, as our two use cases, the fountains and the watering of flowerbeds are seasonal in nature. And prove that in both of our use cases, the solution helped significantly towards reaching our goals in terms of saving water and improving its management, while freeing time for our staff that could be used for other tasks that benefit our citizen. We have also been working on a video that illustrates the participation of our city to NAIADES and, we hope, will contribute to spread the knowledge about the project among other municipalities in our region and beyond.

Question: Has NAIADES helped Carouge resolving its challenges? How?

Answer: The challenge of saving water and improving its management is huge but as far as the two Carouge use cases go, we observed that the system can help us significantly towards that goal. It might sound trivial but even without taking into account the most cutting-edge technological achievements of NAIADES, such as the advanced AI-based forecasts which gave promising results, the fact that we were able to collect and analyze data that was not previously available, such as various soil indicators and water quality parameters, and to combine this with data from other sources and work with it on a single, holistic platform, proved to be a big step ahead and actually helps us saving water and time. The teams were very interested in having all this new information and they naturally started taking it into account for their daily work, even before the full NAIADES toolset became available.

Question: What have been the main lessons that you have learned and that you would like to share as a closing note?

Answer: We are very grateful to all the project's partners who worked hard to achieve NAIADES' ambitious goals. As far as our pilot is concerned, some tasks turned out to be very complex. On the one hand, to build a system that, like in a chain, needs every ring to be operational in order to work, is not an easy task, especially in the mid of a global pandemic where everything slows down and at different paces among different European countries. A bit of creativity and, among other things, contacts with local FabLabs allowed to react quickly and effectively to situations that would have otherwise delayed the project. For instance, it was possible, with the constant support from the relevant NAIADES technical partners, to develop and deploy improvements to sensor devices locally, including by means of digital fabrication. On the other hand, to develop a system that aims at working together with the end-users, in our case gardeners and fountain professionals, with the ambition of helping them with decision-making while at the same time leveraging their existing know-how, is a very complex task. One thing that we learned very early in the project is how important it is to involve the end users as early as possible in the testing process, even before the project's final user interface becomes available. Even more so with a system where many components are interconnected. This approach not only improves the final effectivity and acceptance of the solution, but helps spotting issues early, and before they cascade to bigger problems.

Question: What's next for Carouge and smart water management?

Answer: The city will certainly continue its quest for ways to save water and improve its management, as part of its long-standing effort to a sustainable future. The solutions developed during NAIADES will continue to be used. Even if Switzerland is sometimes nicknamed "The water castle of Europe", meteorological events throughout the project's duration, and again during this summer 2022, with prolonged heat waves, record-breaking rates of glaciers melting, and unprecedented droughts episodes, reminded us that water cannot be given for granted, even at the very heart of the Alps, and that doing every possible effort to save it is not only ethically right, but also absolutely necessary to preserve the future quality of life of the population.