Final catch-up with the Brăila pilot 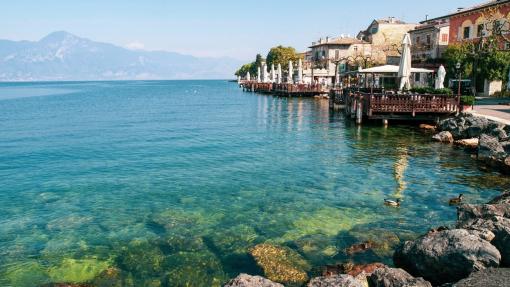 One last chat for the road! In a final interview, we catch up with Iulian Mocanu, Administrator at CUP DUNĂREA BRĂILA (Romania), to give us an update on the results of Braila in the NAIADES Project and discuss what’s next for our Romanian pilot!

Question: We've reached the end of the project - where do we stand for the Braila pilot?

Answer: Even as we're speaking, the team is finishing up on validating the results of the project. It's an extensive process, were taking every bit of data that the project has generated and we're subjecting it to an analysis based on the real world data. The results so far look very promising, but we still have some time to go.

Question: Has NAIADES helped Braila resolving its challenges? How?

Answer: The NAIADES project has been very helpful for us. Not just the tools themselves that have been provided by the project, but the methodology behind it, the frame of mind that you can't just do one thing. You can't look just for pressure changes, just for flow variances, just for noise, you need all that together and more. You need hydraulic modeling data, you need weather data, you need it all in one place, you have to interlink everything until you get a pattern that fits everything. Where moving one variable drags all the other ones as well. Because that's how the real world system works, it's all linked. It's holistic.

Question: What have been the main lessons that you have learned and that you would like to share as a closing note?

Answer: Data is the most powerful tool at your disposal. With enough correct data you can solve just about any problem. It doesn't matter if you have an AI at your disposal or not, if you're able to get enough real world information, then your problems are already 80% solved. The answer you need is already in your hands, you just have to look for it.

Question: What's next for Braila and smart water management?

Answer: We'll be expanding the approach we've taken with the Radu Negru DMA in the NAIADES project to the rest of the DMAs. That's 25 regions, with more being finalized in the near future. It's going to take some time to scale things up, but we have high hopes of being capable to reduce our loses by significant margins in the coming years. Things may be slow at first, as we rebuild what we've done here in other regions, but we should get into the groove of things soon enough.