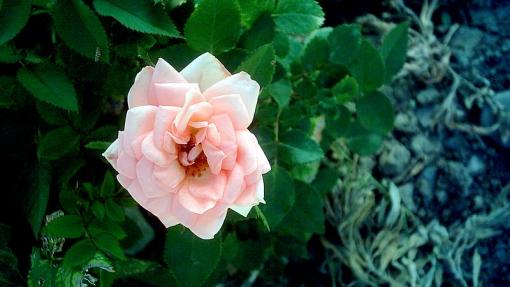 Working on a research project at the European scale with teams spread all over the continent is not a trivial task per se. It is much less so in the COVID era, when physical travel becomes close to impossible and most countries have lockdowns in place. In such a complicated context, the advantages of rapid prototyping and 3d printing become an evidence.

During Fall 2020, Carouge, one of the 3 Pilot Cities of the European H2020 NAIADES project, was facing a double issue: the prototype devices for measuring the humidity in the flower boxes were having issues of internal water condensation, which presumably led to faster than anticipated discharge of the batteries, which also increased the human effort since, in order to service the prototypes, these need to be unburied from the flowerbeds which often also requires reming some flowers, with increased labor and risk of damaging the roots. Using a rapid prototyping approach, Carouge was able, in coordination with the consortium and particularly the manufacturers of the devices, who are based in Spain, to implement a solution to mitigate the humidity and discharge issues: thanks in particular to in-house 3D FDM printing, the initial prototypes could be improved by implementing a live monitoring of the battery discharge and an internal 3D-printed structure capable of minimizing the volume of free air and therefore the impact of water condensation, while offering improved fixation for the internal components.

A few months later, the rapid prototyping approach proved once again beneficial when the need arose to rapidly deploy a set of soil humidity sensors which, while IP67-rated, where not meant to be buried directly into the soil. In order to protect them and at the same time improve their serviceability, a custom protective case was designed in collaboration with the gardeners of Carouge and 3D-printed in-house. The artifacts allow to bury the emitter devices only partially, leaving the antenna emerging on the surface, thus improving the transmission of the LoRa radio signal. In order to reduce the visibility of the devices by passers-by, and therefore the risk of thief, the PETG prototypes were printed in brown and dark green colors. As a matter of fact, this camouflage proved to be only partially successful: one night an animal (probably a fox) removed a 3D-printed antenna cover, which was later found a few dozens meters away. In the perspective of continuous improvement, in order to discourage the foxes, the next iteration of the design was fitted with protrusions similar to thorns, which have proven effective so far...

While initially motivated by the exceptional pandemic circumstances, the rapid prototyping approach brought more agility to the table and proved extremely helpful in tackling – and solving – the kind of small unexpected issues which, inevitably, are far from exceptional in every project.