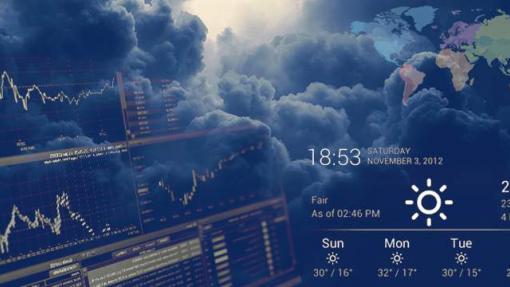 Weather forecasting is one of the things that had human minds in constant wonder. Probably since before even societies were structured. Weather had, and still has, a prominent effect in our everyday lives and dictates a large part of it. And it has a broad range of impact as well. A light breeze might make us carry a sweater “just in case”, while a thunderstorm might force us to reschedule and stay inside (and binge-watch a series instead). There are still weather phenomena that create severe catastrophes and result in the loss of multiple lives, such as typhoons or flash floods. It is common knowledge, nay, instinct, that the weather “makes or breaks” our lives, schedules, work, operations, events, and mood. That’s why, all of us want to know the future, with as much certainty as possible.

Only a few decades ago, weather forecasting relied on “fortune telling” signs that were at best random, but still people tried their best to correlate some indicators with future conditions. Some of them could be the height of flying birds or the speed the spiders spun their web (low flying birds and rapid web spinning indicate that rain is coming; probably). Today, we are using highly complex (chaotic really) mathematical models of atmospheric circulation that can simulate all layers of the atmosphere individually, or satellite images from object we sent into space so that they can take pictures of Earth, in computational super-clusters where mathematical operations are done in a piece of rock (silicon actually). A huge leap for humanity, since forecasts now are created based on scientific principles and are by far a lot more accurate. There are however still obstacles.

Inaccurate forecasts can create inconveniences or have devastating effects, however, when it comes to day-to-day operations the truth is somewhere in between. One example is city management, which is by itself complex work, but especially when it comes to large cities, a slight change in operation can cost a lot. Urban water management is one of the areas where huge cost savings can be resulted from proper planning. Water usage is exclusively a human activity in urban environments either for consumption or irrigation, and human activity is highly correlated with the weather. Having knowledge of future weather conditions, one can anticipate water usage and manage their resources accordingly. This sounds logical and easy to implement, but we have not mentioned something. Cities can cover large areas, and water management utilities might even be responsible for even larger areas than just cities. There are multiple examples of cities that have different weather conditions at the same time because they are built on top of mountainsides, next to the ocean, or in general, in locations with prominent geographical variances. Traditional meteorological models might miss such variations and “smooth out” the forecasts for such areas. High resolution is complicated to obtain with such approaches and even if it can be achieved, it is very computationally expensive.

Enter Artificial Intelligence (AI). AI is the buzzword that describes all the methodologies and algorithms that can learn and self-improve from data, without being explicitly told how to. Such approaches have been around since the mid-50s; however, the computational power was weak then. But now it is not. Faster processors have allowed the wide application of AI, which has invaded our lives and can be found almost everywhere. So why not for weather forecasts? Data-driven approaches have been chosen as an effort to solve problems that exist at the moment. High-resolution spatial forecasts can be created by deploying such a self-learning algorithm and allow it to train a model that can predict the weather. But there is a catch here. Such a model could predict the weather, and with almost as high accuracy as the traditional models, but only for that particular area and not even to an adjacent one. Is this a problem? Yes and no. It is a problem because this model is considered a black box that only works at this specific location and probably has even some more limitations when compared to the mathematical models that are analytic and have been developed and tested daily for many decades. But do we care? No, we do not care because nobody expects AI to replace all weather forecasting services in the next one or two years and therefore send meteorologists to the unemployment office. On the contrary, AI is here to assist experts solve individual problems, one of which is the microclimate variation forecasting. But still, data-driven approaches are of high value, since they are versatile and can be applied everywhere, parametrized to specific needs (either short- or mid-term forecasting, rare event predictions etc.) and be cost effective since they can run in lightweight processors on the cloud or on the edge.

AI is not the ultimate solution. The benefits and shortcomings of AI for weather forecasting are becoming clearer every day. But this is how science works, you have a problem, you think of a solution, you try it out, and see if it really helps or not. Weather forecasting is multi-layered problem that is not easy to tackle. Nevertheless, scientists constantly try to solve problems and the world a better place. This is what the NAIADES weather forecasting service aims to do. Will AI be the solution? Who knows…? Let’s just hope that we’ll never curse again the forecast on our phone for not letting us know that we should have taken an umbrella with us.