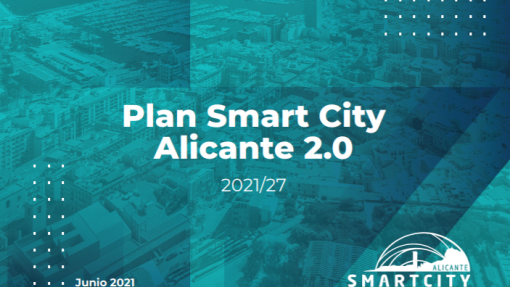 The City Council of Alicante has just made public the Plan for the Smart City Strategy in the coming years, which includes the full-scale implementation of some of the tools developed within the NAIADES project.

The “Alicante Smart City 2021-2027” plan was presented on the 5th of July, and it describes the key 25 leading projects to be carried out during this period, in order to promote the development of a smart city model. The initiative was announced by the City Major, who pointed out that "this initiative is part of our overall strategy and is in fact the first technological axis for the modernisation of municipal management and interaction with citizens. It is not a mere declaration of intent, but rather it designs 25 specific actions with an investment of 25 million euros that are being put out to tender and put into operation".

The Smart City Plan includes initiatives related to Cybersecurity, Artificial Intelligence for the relationship between the administration and the citizens, smart traffic and parking, local police management, environmental surveillance and smart green areas, among others.

The Plan devotes one of its most ambitious projects to SmartWater. The overall objective of this project is the promotion of circular economy strategies and the achievement of a more sustainable water management model, through flood prevention and reuse. In order to achieve these goals, the project will implement in full scale the ongoing NAIADES pilots for sewer infiltration detection and the municipal consumption dashboard. Thus, this plan ensures the continuity of the existing research, and NAIADES becomes un element base of the future development of the city.